.
You might remember a couple of months ago I mentioned how PROUD I am of our good paved road.  I still am.  And there is even a clear kilometer marker at our road so I can tell guests exactly where our feeder road is.  We are at Km 19.2
.
I just don’t know if it is REALLY 19.2, and if it will stay that way.  Here are a couple of other kilometer markers between Sigatoka and us.
.

.
There should be a football field between these two markers.
. 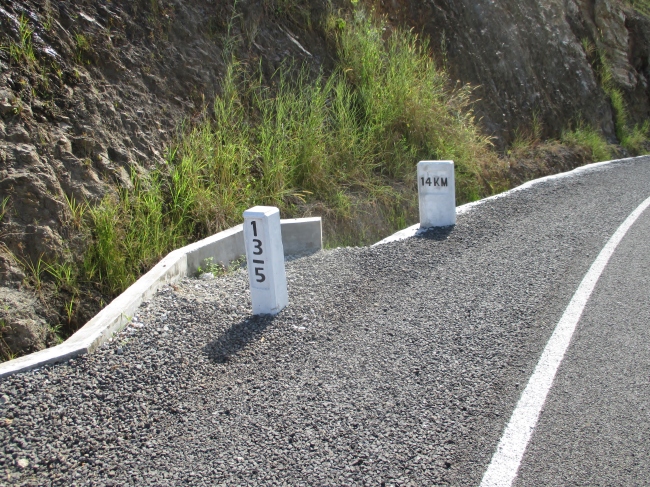 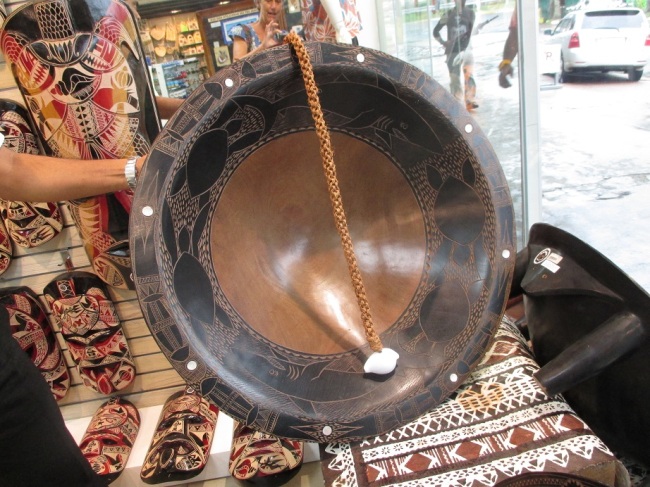 .
TANOA – THE GROG BOWL
.
Drinking grog (yaqona) is an ancient sacred custom in Fiji – seen at the recent funeral.   After the kava (another name for yaqona) itself, the most important thing is the tanoa – the grog bowl.   Everybody sits around the grog bowl.  Traditionally there is a notch that points to the highest ranking person present – and there is a piece of coconut fiber rope (magimagi) with a cowrie shell (buli) which is attached and points to the chief.  If there is no one of high traditional rank, the magimagi and buli are removed.    Above is a photo of a very beautiful grog bowl – available for sale at the tourist shop.
.

.
Here is a photo of a tanoa from a few weeks ago at the funeral.  You can see that it is wooden and large.  It also has pvc pipe reinforcing the broken legs.   Informally, friends will often drink kava from a plastic basin or a bucket.
.

.
My personal favorite – and this was at a formal event, though not with a chiefly person present – was this tanoa made from a fishing float and a sawed off traffic cone.
. 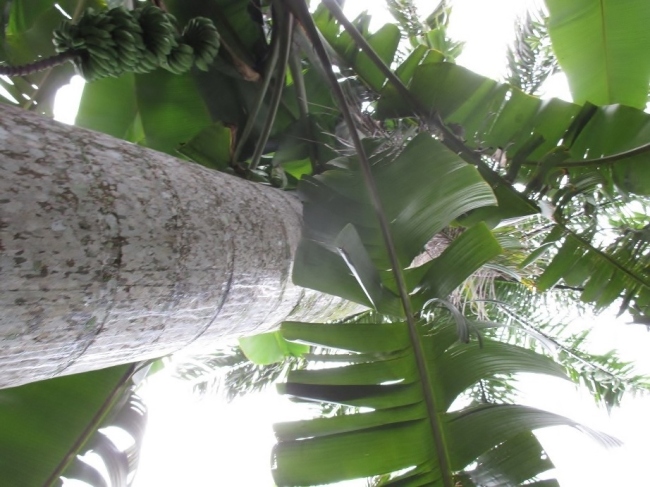 .
BREAKNECK GROWTH
.
It occurs to me that all of you living in temperate zones probably cannot imagine the speed of the growth of trees here.  My photos are kind of shabby, but this is a shot of a royal palm Austin planted in 2005 – about 9 years ago.
.

.
Here’s a shot of another one.   These are around our house in Suva.
. 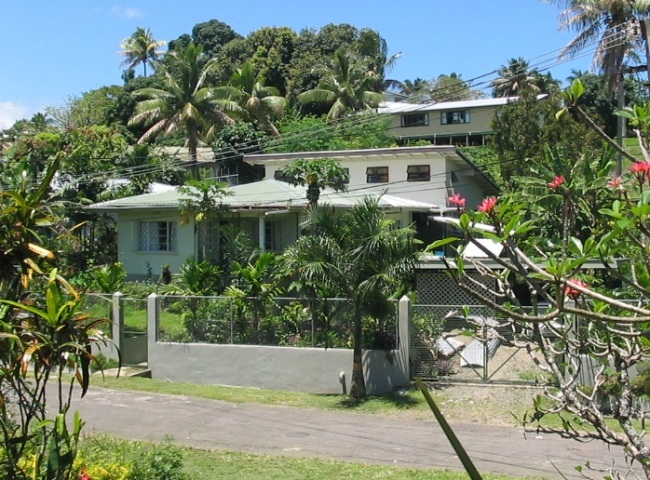 .
Here’s our house in 2005 – no trees in the yard at all.   The little royal palm in the front had grown to about 25 feet or more a couple of years ago and the Electric Company (FEA) cut it down.  (Yes, I know – I should have tried to get a current shot of our house from this angle.   Maybe next time I go to Suva…)
.

.
Another example is this big tree –  I remembered there was a little news story when it got planted.   Here  –  http://news.bahai.org/story/366
The trees were a spontaneous activity – a brainstorm of Austin’s – and I’d forgotten that I was quoted in the article …. but anyway.   We know from this story that that tree is exactly 9 years old.  Of the 4 that were planted in April 2005.   two died, two are still living.   This one is towering over the coconut tree.
.

.
KIDS!
.
I’ve been seeing a lot of baby goats around – snapped these two cuties on the road right below our house.   I want some!
.

.
MORE ABUNDANCE
.
After the huge tamarind crop last year, I thought the tree was going to take a season off.   I was really surprised to see it full of fruit again already.   You’ll notice that the fruits are smaller – but WOW – plenty of them!
.