Lazy is our life on vacation.  This is Leo, hanging with me one evening. 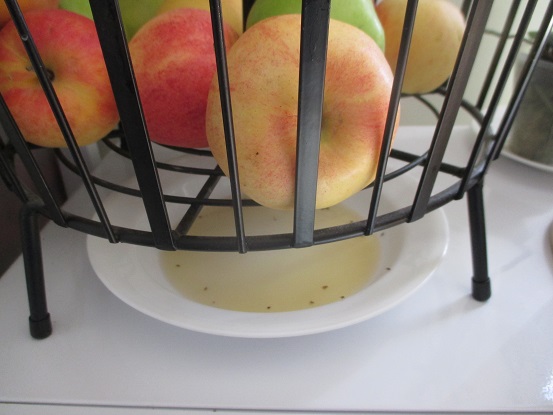 News from the house is that daughter Lua perfected a Fruit Fly Trap. 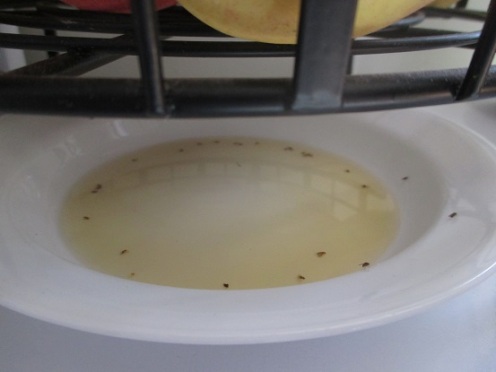 Fruit juice plus Apple Cider Vinegar plus a bit of dish soap.  Since this photo was taken the buggers multiplied like crazy and we caught 3 traps full today.  Ere long the cold weather will come and this will be a memory.

The main item for this week is …. we took the kids to …

What a nice zoo!    Near the entrance is this poem. 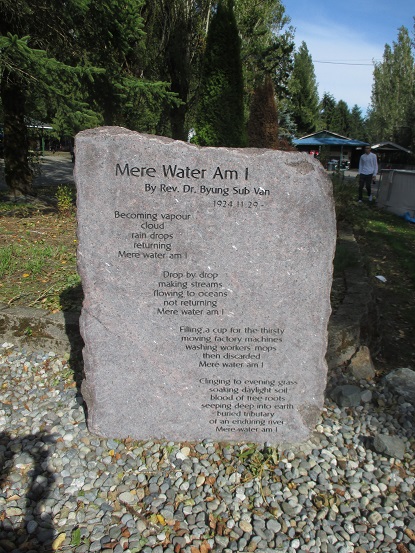 “Mere Water Am I”    (I will print the words of this lovely poem if anyone would like,) 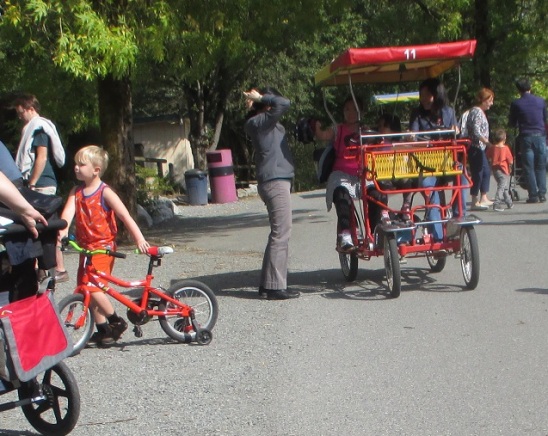 Kids are allowed to ride their bikes in this zoo.   What an improvement over the zoos where we were having to drag our tired kids around under “No Bicycles, No Pets” signs.   Also surreys for rent! 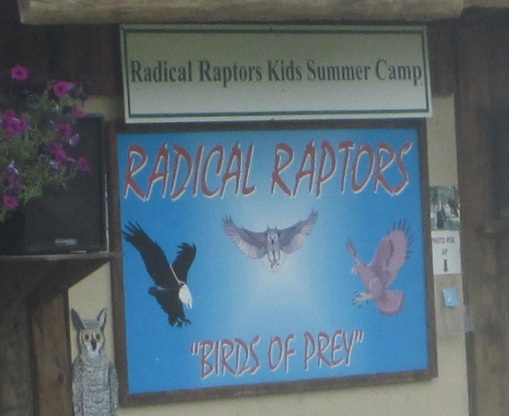 Anyhow, we headed straight to my favorite feature – the Raptor Show. 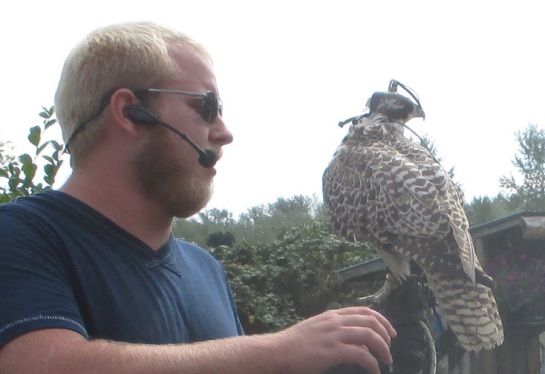 Where a Chris Pratt inspired falconer did his routine with these amazing birds. 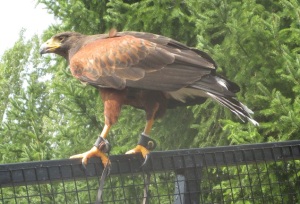 They are free to fly away.  They usually come back because home is where the food is easy … but sometimes they do go off on an adventure and so they are radio-tagged. 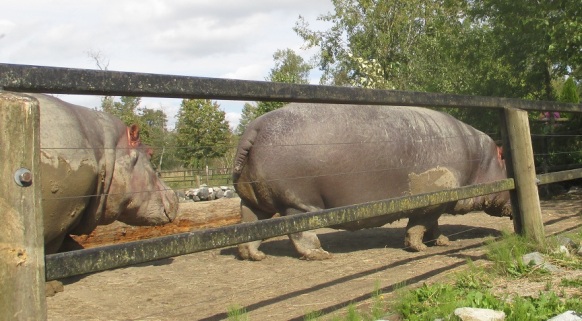 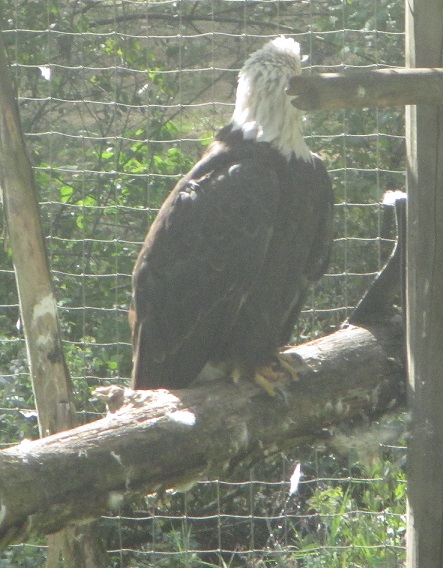 My first ever Bald Eagle.   I was really surprised – it is a huge bird!   This one is flightless because of injuries in the wild. 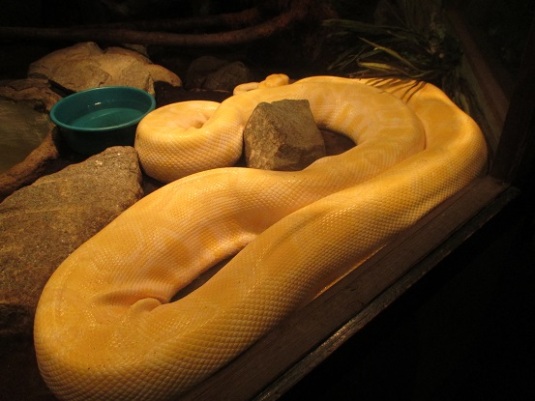 In the Vivarium……  good grief, Monty Python!   (At the end, I will post a special gift from the Vivarium for my most special person.  But first – back to the great out of doors.) 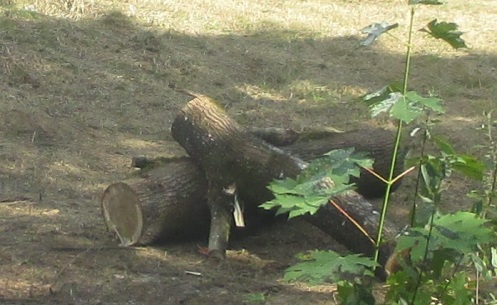 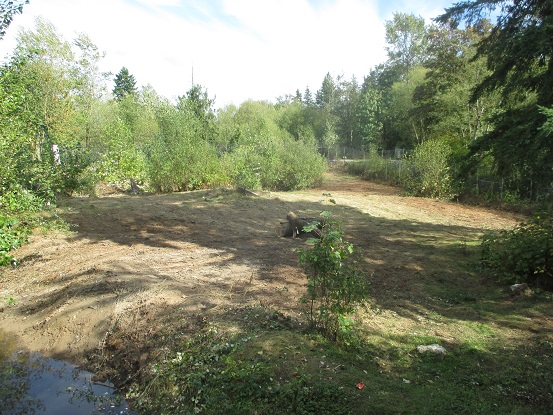 It is in here.   Why?, you ask again.   You have clearly forgotten about the big Wind Storm I told you about last week.  (I had forgotten, too, until I came here.) 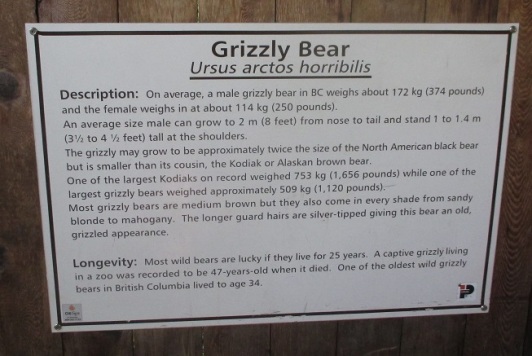 THIS was the Grizzly Bear pen.   And the wind blew down the tree, that broke the fence, that let the grizzly bear escape.   So during the windstorm, everybody – including my daughter’s friend and her kids – got evacuated into a building and basically locked in a room for 20-30 minutes until it was considered safe enough that they could be escorted to their vehicles.

They did catch that grizzly, and he is, according to the Greater Vancouver Zoo Facebook Page, happily reunited with his pen.

My question is …. Who is THIS GUY – the star of an email my daughter got from her kids’ school just this affernoon?

We have had reports of a bear in the yards of our neighbours within the last half hour.  The conservation officer will be setting up a bear trap on Mountain Drive.

For dismissal today, we will keep the children close to the school and as parents pull up we will make sure the child will get to the car safely.

Bus students will stay inside the school until the bus arrives.

We have an Abbotsford Police Officer on site until all children have left the premises…. 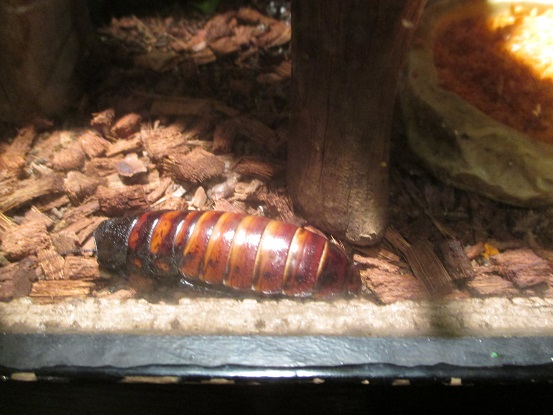 Finally, for my sweet sweet hubby – your very own Madagascar Hissing Cockroach – the only one you get to keep.  If you ever bring something like this home again, I will flush it down the toilet again.  Miss you!