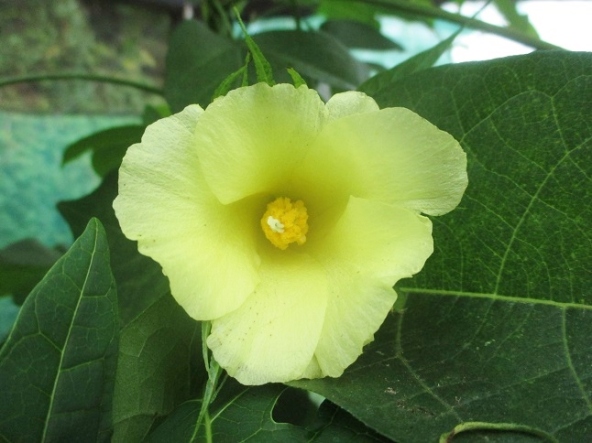 Behold a cotton flower!  I didn’t know we had cotton growing here.  Austin says this is fine Egyptian cotton brought here in the early 1800’s.

But since the bush is isolated from insects by being in the orchid house, it will never get pollinated or make cotton bolls.   Maybe someday transplanting this bush to the great out of doors will be on someone’s to do list.   (I don’t know if it is possible to transplant something that big, or if they’ll have to root cuttings and start from scratch or what.)

Also in the orchid house – a new orchid!  Droopy but pretty. 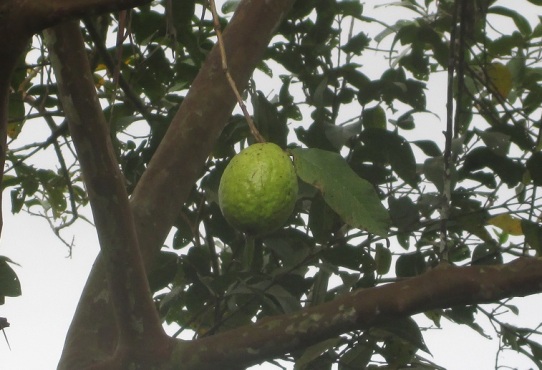 All these months of guests and farm tours, I never once tagged along.  Junia was taking guests Robert and Narelle and I decided to see if Junia would point out stuff I didn’t already know.   It started with an off-season guava (above).   I did know guava, but not the season and would never have noticed just ONE guava hanging in the tree.  (I actually didn’t know we had a guava tree there above the house, either.)

Next – Jackfruits and baby jackfruits.    Which reminds me, a neighbor asked yesterday for some jackfruit – when it is this size or bigger and not yet sweet, it makes a wonderful curry.   We need to take down one and cut it into wedges to share around. 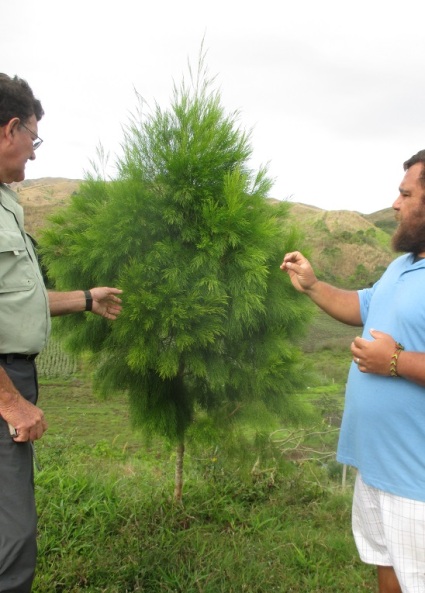 Further up the hill, Junia showed Robert an evergreen.   I think he said it was like a casurina, though it doesn’t look like the casurinas I remember from Guam.  Anyway – that is one more tree I’ve been seeing without noticing.  Good thing I went on the tour. 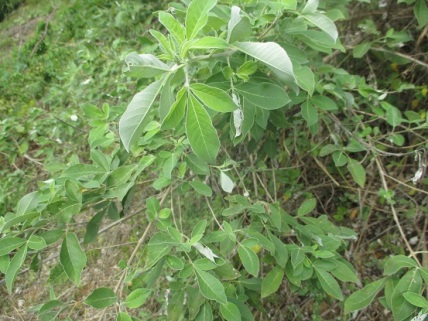 Heading down the hill, Ju stopped to show us this bush that looks to me like all the other bushy stuff that shows up uninvited.   Only recently did Junia notice this plant on the hill himself.  He says it is Vitex trifolia – and it can be a beautiful ornamental plant.  They used it a lot in the formal Baha’i gardens in Haifa when he was working there.   Vitex can also be made into a very nice bonsai.

Robert is a gardener – and this is where the guest started teaching the tour guide.   This is our pearl dragonfruit – kind of sad on the ground, and Junia didn’t know what to do with it.   Robert assured Junia that it would grow – but told him it does better with a trellis.   He sent us THIS PHOTO 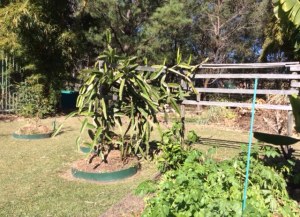 of HIS DRAGON FRUIT plant back in Australia.   Nice, eh?

He also sent us this photo of HIS PEARL DRAGON FRUIT.   What a magnificent colour!

Down in our dry streambed, Narelle pointed out the beautiful roots growing on the trees.

The tour continued, but I went left to do errands.

I will close with a few more photos Robert took of the tour and the farm. 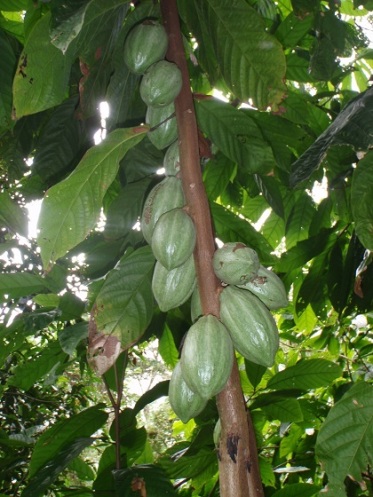 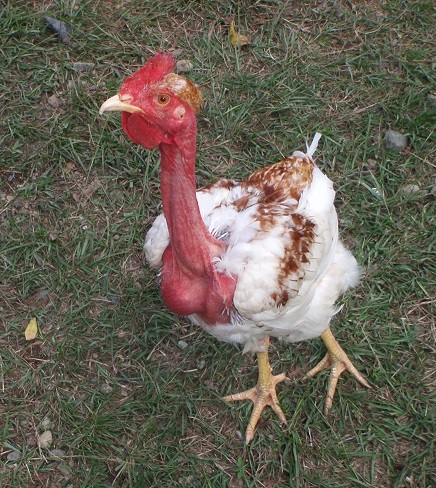 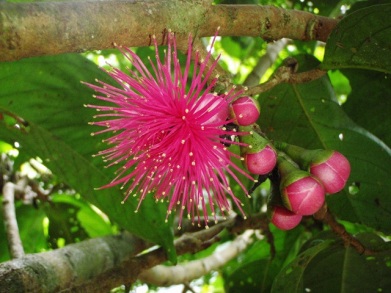 I do not have a clue!   I should have stayed on the tour! 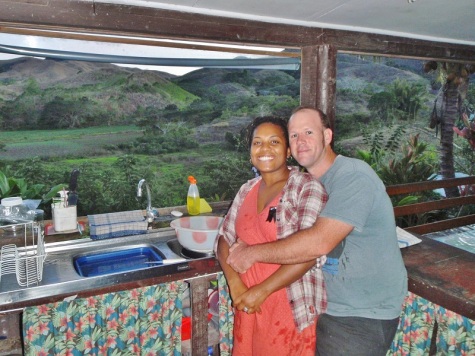 And finally – the KITCHEN SINK with residents and the view.

Thanks to Robert for his generosity with the photos.

May everyone have a lovely week.