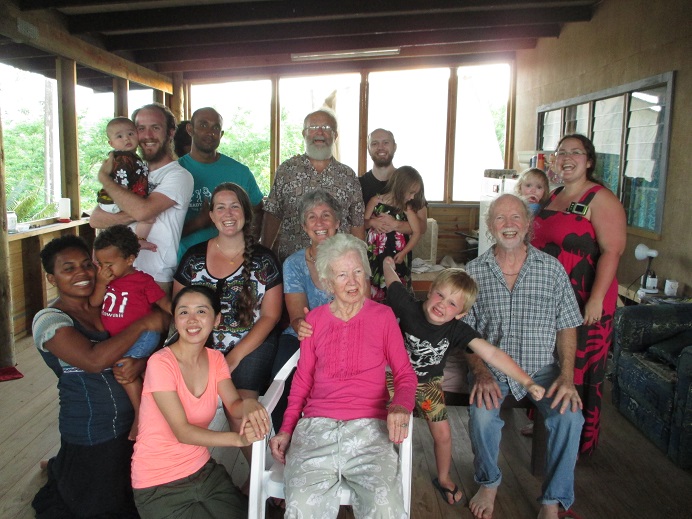 THIS is why there is not much of a blog this week.  EVERYBODY, even Uncle Richard, got here.  And then half of them started leaving.   Ah well.

(For those who know us and are doing a head count, Junia is behind Nigel, and Akka is behind the camera.)

I gave my camera to daughter Clara – kind of a guest blogger thing – and then didn’t ask her what or why before she left.  The two photos I easily Identify are…. 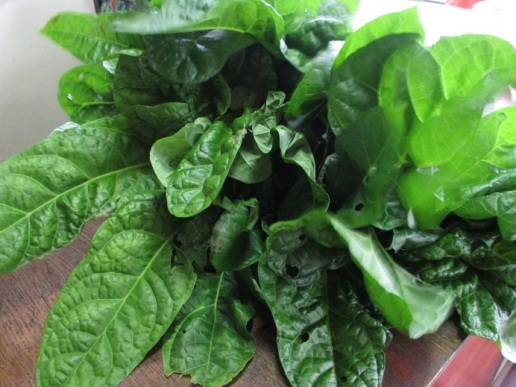 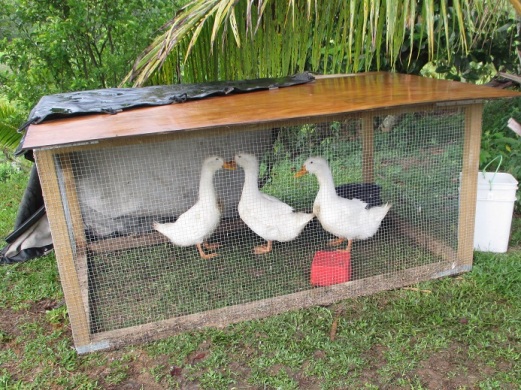 …JUVENILE DUCKS in a mobile cage.  These are almost ready to graduate to the  big ducks pens. 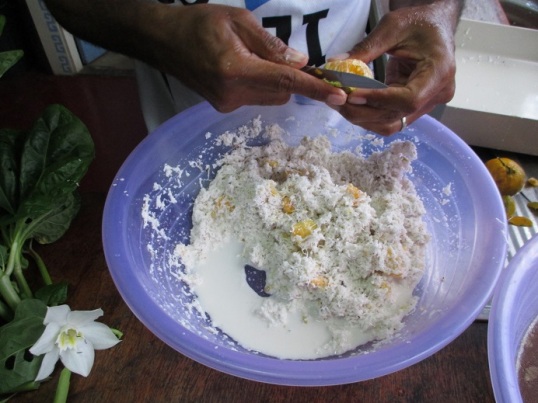 .. I’m calling this one AMBROSIA – I’m pretty sure it is grated fresh coconut, but are those oranges?    Surely Nigel wasn’t  putting lemon chunks in there.   I missed that dish, whatever it was.

I helped Austin “deliver” baby chicks this week for the first time and learned a few things.

There is an air pocket in the wide end of the egg.  The chickie has to keep its beak at that end.

The chickie has to pierce the membrane between it and the air pocket, breathe that air and rest.

Next it has to pip the shell to get more air.  It rests quite a bit while breathing outside air.    At that point the last of the yolk sac is finally getting absorbed.

If it manages to pip the shell, and is not making progress – Austin will help it out. Absorption of the yolk sac is a process that involves a lot of blood, so if Austin helps remove some shell too early, it is a bloody mess.   (I won’t even mention the ones he “helps” that are actually duds …. ick.)

Ducks have such hard shells that mother ducks routinely help their ducklings crack the shell.   Hens don’t help much – so if Austin were to keep this up for a few generations the chicken’s genetic line might end up less hardy.

Anyway, here are some photos of ducklings at different stages of hatching. 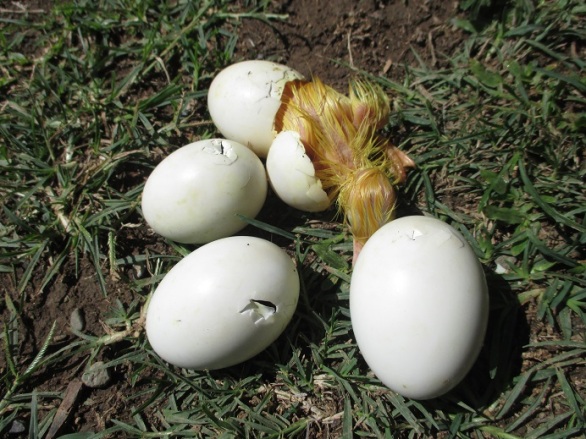 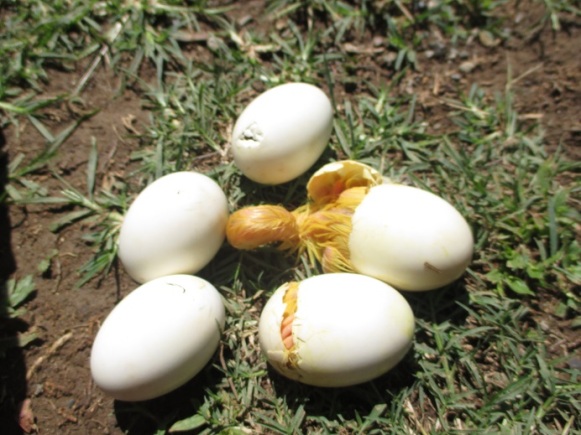 Until next week, I bid you adieu.