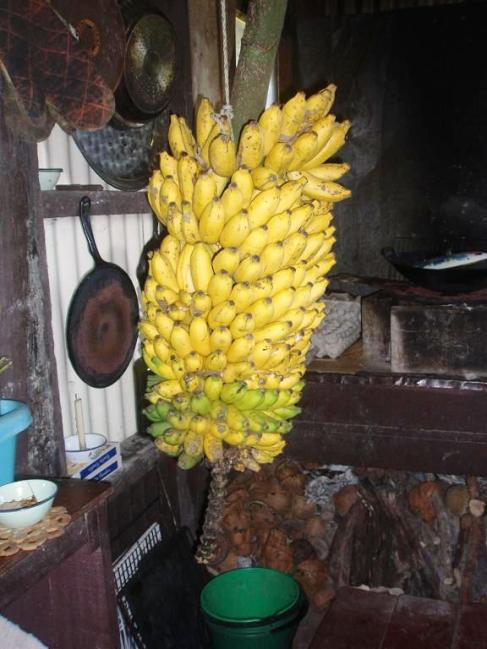 .
The picture at the top is normal bananas – a stalk of them hanging in our kitchen.
. 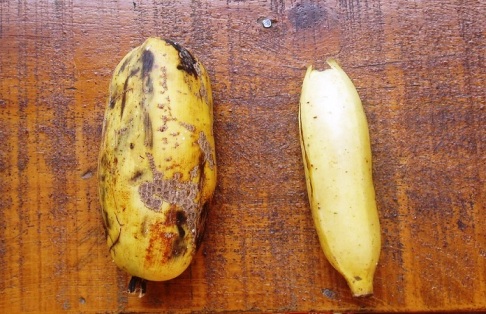 .
Bananas have cousin in Fiji called “vudi”  (pronounced VOON-dee).   They are much fatter than a regular banana, and really have to be cooked to be enjoyed.   The typical dish here is fully ripe, boiled and served with coconut cream.  Yum.
. 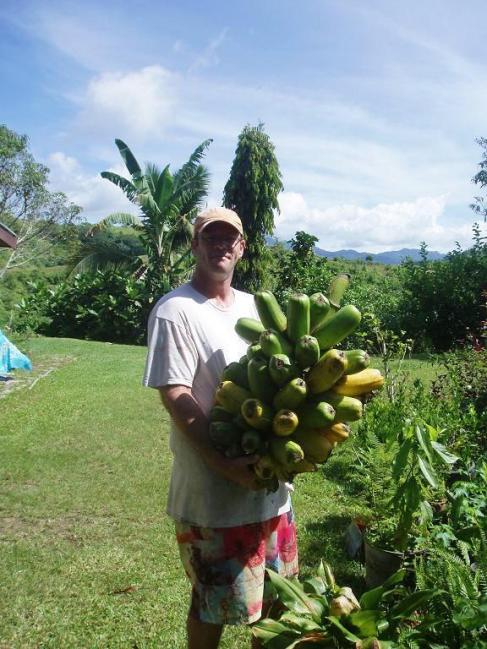 .
Here is Akka holding a stalk of vudi.  Can you see the difference?
. 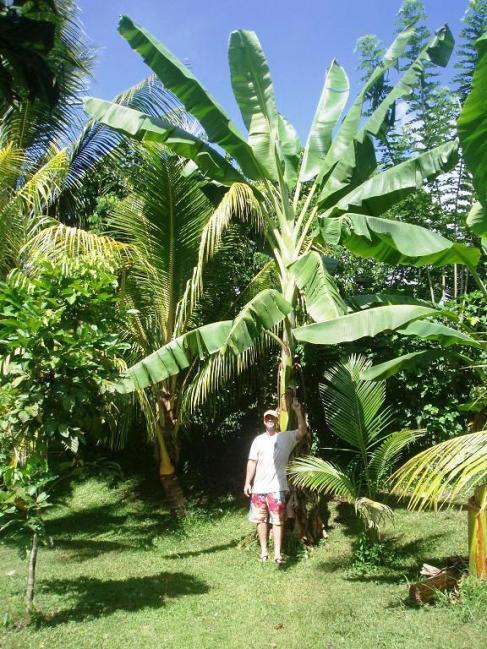 .
The vudi bush is nearly twice as tall as a normal banana bush.   This is really all I’d planned to say about  vudi.   I was planning to show some photos of the geese (snooze) and some bugs (yuck) … but last night…..
. 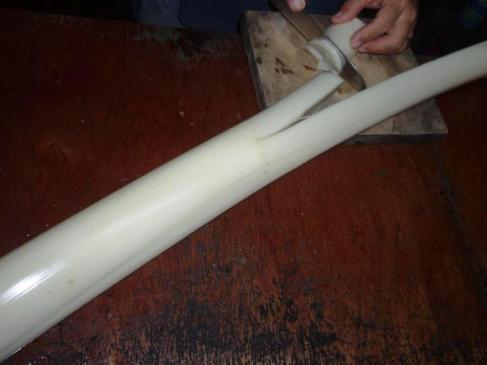 .
Austin brought up the heart of a vudi bush he’d cut down.   We knew that some banana hearts are edible, so he wanted to try this one.
. 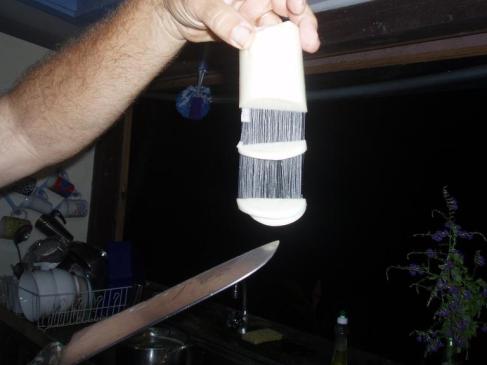 .
And then he discovered that the vudi heart has incredible fibers!
. 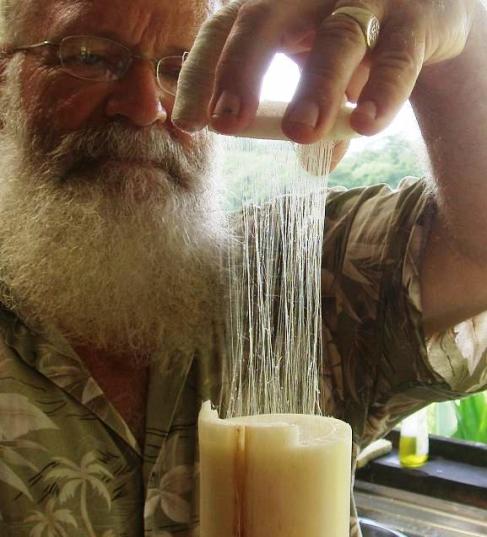 .
So today, Austin kept playing with it.
. 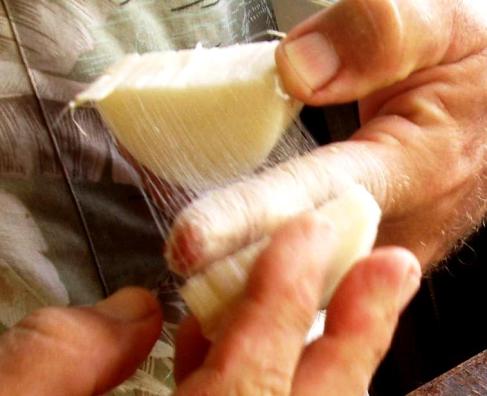 .
He tried wrapping his finger with it.   Lua (visiting daughter) remembered that when she was in kindergarten in Pohnpei, she cut her foot really badly once.   The teacher cut down a nearby banana bush, took the heart, beat it with a stick, took a handful of the pulp and put it on her foot.  It stopped the bleeding.  She was grateful for that – it was nicer than getting a wound beaten with a sandal, which was the village treatment she’d experienced before.
. 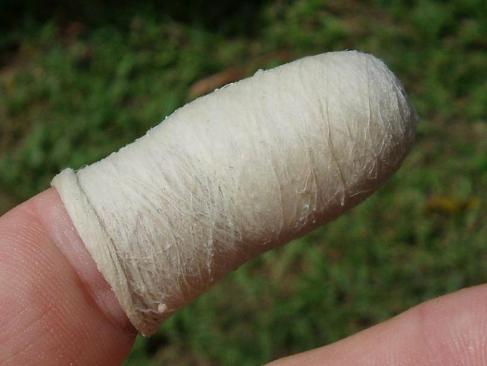 .
The vudi fibers made a very good-looking bandage.
. 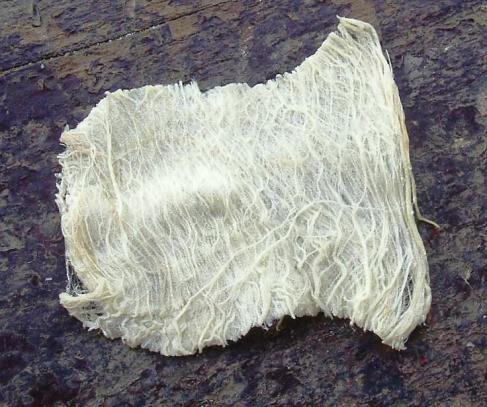 .
So Austin made more that he spread into a gauze.   The gauze is soft, slightly sticky, and very absorbent.  We came up with a lot of possible uses for it.    Austin noticed how strong the fibers are, and thinks we might be able to make rope from it, if necessary.   Then came the question, can we use it for a wick?  So some old cooking oil in a small bowl – a bit of the banana fiber – TA DA!   Instant lamp!   Yes, we can use it for a wick.
. 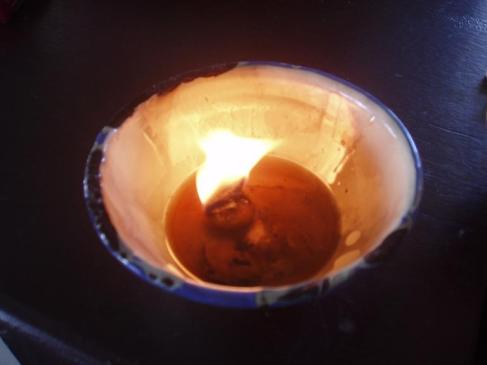 .
So, for all these reasons, VUDI is the star of the blog for this week.  And, with all those other benefits, it turns out that the vudi heart IS edible – it is sweet and tasty.  Surprise, surprise, surprise.
.
.